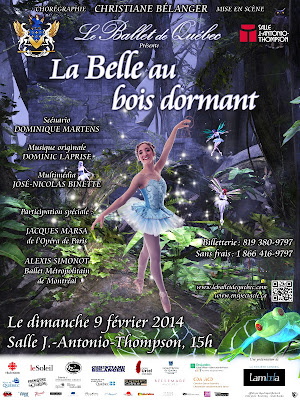 At home in Ottawa on January 7, 2014. Mourned by his wife Carol (Weiner), sister Sheila Cooper, brother Warren (Vivian), step- daughter Gabrielle Lopez, brother-in-law Eric Weiner (Arlene Godfrey), nieces Jessica Cooper, Jaimie Gradus, Melissa and Laura Weiner, great-nieces and nephew, Willow, Ezra and Avery, many dear and cherished cousins and friends. Born and raised in the Bronx, New York, Gradus received a scholarship to study at the School of American Ballet Theatre in Manhattan and in 1958 was taken into the Company. He later became a soloist with Jerome Robbins' Ballets U.S.A. performing around the world. Gradus came to Canada in 1967 to dance at Expo and shortly after he joined Les Grands Ballet Canadiens as a soloist.
Ludmilla Chiriaeff later chose him to lead Les Compagnons de la Danse and it was during this period that he really began to experiment with choreography. His career in Canada continued with his leadership of Entre-Six and Theatre Ballet of Canada. In 1974 he was the recipient of the Ontario Arts Council Jean A. Chalmer's Award for choreography. Based in Toronto from 1991 to 2005, he was involved in numerous projects including teaching and choreographing at Waterloo University, Ryerson University, the National Ballet of Canada's outreach program, the Danny Grossman Dance Company as well as acting as a choreographic consultant to many artists. Grateful thanks to Dr. Louise Coulombe, Dr. William Splinter, nurses Michelle, Annemarie, Janet and Cathleen, and to Carol Campbell for their compassionate and respectful care. Funeral Service will be held in the Cwinn Chapel at the Jewish Memorial Gardens, 6549 Herberts Corners Road, Osgoode, K4P 1M2 on Thursday, January 9th at 11 a.m., with interment to follow. Shiva at 4 Buckingham Private, Ottawa, K1V 0K6, January 10, 2-4 pm, January 11, 7-9 pm, January 12, 2-4 pm and 7-9 pm. In lieu of flowers, if desired donations in Larry's memory may be made to Hillel Lodge, 10 Nadolny Sachs Private, Ottawa, ON K2A 4G7, or to the charity of your choice.